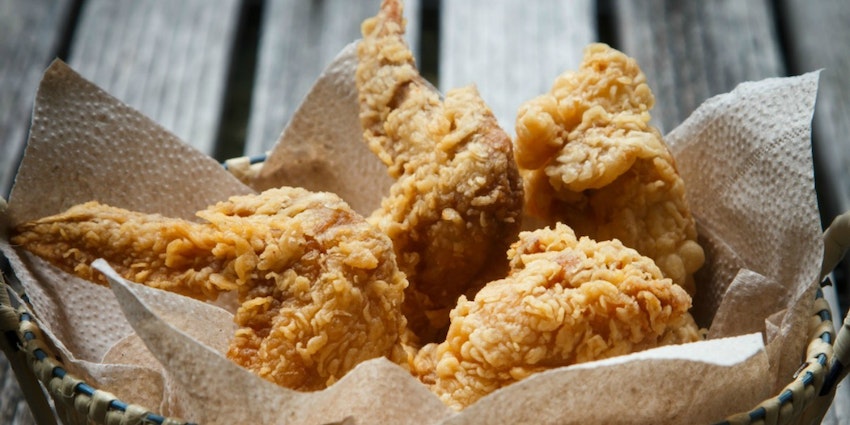 Sweet tea, porch swings...the South is known for many things, but what stands out in my mind when I think about the southern way of life is the food. Maybe it's because I'm a chef, or maybe it's because most of my fondest memories involve either a kitchen or gathering around the supper table. People in the South will break their backs to show you the true meaning of hospitality, putting out a spread that could feed a small army for a dinner party of six or so. In the South, food shows kindness and every southern cook will tell you that their most important ingredient is love.

Maybe it is the love poured out of gravy boats and bacon pans that started my affair with southern food, but it is the time tested recipes and the richness of the heritage and ingredients that have carried my crush to a full-fledged obsession. The South is rich with delectable selections of local veggies and fruits, not to mention the local farmers who pride themselves in the best beef/pork/chicken around these here parts. The food people cook here hasn't changed much from the way great-great-grandma used to make it and that's just fine with southerners – and me. 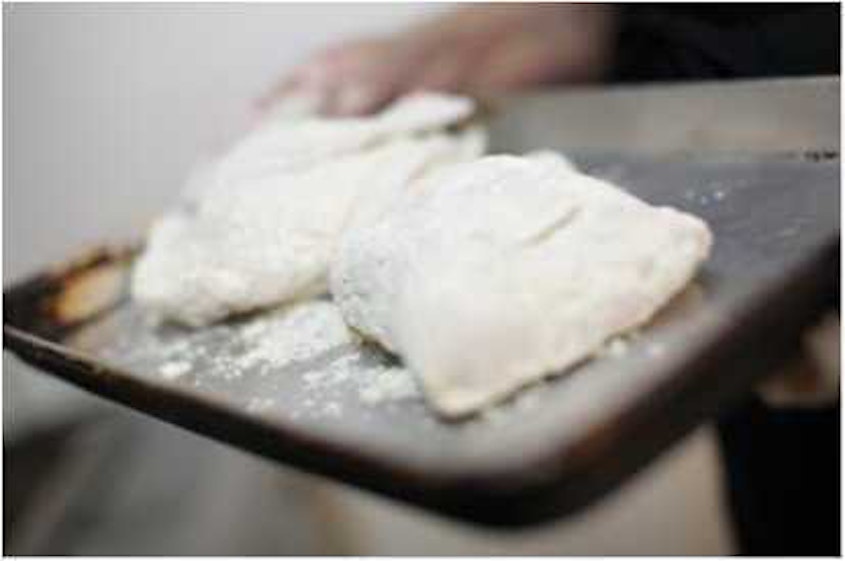 There is something to be said for recipes that are handed down through the generations. Southerners guard their grandmother’s recipes for (insert delicious southern fare here) as if it was a priceless antique and will share the fruits of their labor graciously with you, but not, come hell or high water, the recipe. Most of these precious gems aren't even written down. Like the ancient times when stories were orally shared with the next generation to carry on the history of that people, so it goes with southern recipes.

Grandma shows little Susie how to make her famous biscuits by inviting her in to the kichen and letting her get her little hands into the flour. She does this every year and as Susie grows, she learns how to guesstimate just the right amount of flour, salt, baking powder, etc. to get her biscuits to taste just like Grandma’s. It's a beautiful family tradition that remains strong in the South, despite getting lost in the busyness of other parts of the country.

That reminds me of another important quality of southern food. It has the ability to make you indulge in the southern lifestyle, even if only for an evening. Think about it…southern food has a definite stick-to-your-ribs quality about it. There is no way you can eat a delicious, truly southern meal and rush off to do, well, anything. It is food that forces you to pay homage to the southern way of “slow down, and sit a spell.”

Southern cuisine grew out of necessity. As the cradle of agriculture for the U.S., southerners needed food that was readily available and could sustain them for the long days in the fields and at the plow. The food style of the South may have been born out of necessity for farmers and farmhands alike, but it has grown into something so much more. People in the South take pride in agriculture and showcase their pride in what they offer at their tables. The food is meant to join those around the supper table together. There are so many dishes that can do that in the South, but one dish is paramount as the forerunner here. 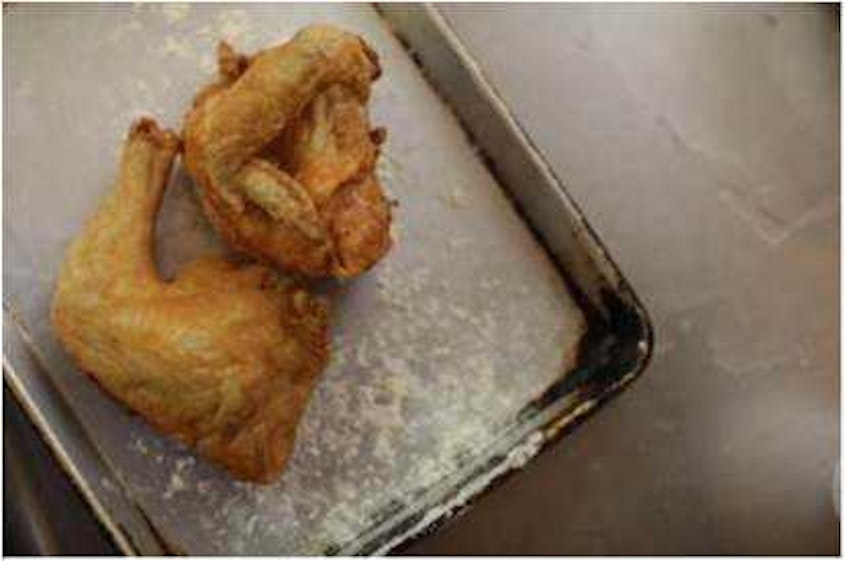 Fried chicken has to be one of the most well-known staples of southern cuisine. Every southern cook has their own secret recipe and each cook is convinced that they have gotten it right. Southerners take the lowly yard bird and transform it into something magical. Despite the nuances of each cook’s specific recipe, it has to meet certain specifications. The breading has to be just crispy enough with the perfect mix of salt and pepper and possibly some other top-secret spices. The cook has to have the finesse to fry the chicken well while keeping the meat moist and succulent.

Fried chicken may seem simple to a non-southerner, but to those below the Mason-Dixon Line, it is serious business. Every cook not only has a specific recipe, but also his/her own individualized preparatory steps to insure that the chicken will turn out perfectly every time. I have had some delicious poultry in my travels, but, in my humble opinion, no one knows how to fry a bird quite like the South.

I've been blessed in my travels to sample some of the best southern cooks and chefs and, maybe even, to get a peak behind the curtain, every now and then, into the kitchen to learn some tasty secrets to creating delicious southern fried chicken. Maybe it's because I'm not born and bred in the South, or maybe it's because I don't have to worry about my granny “rolling over in her grave” because my grandmother wasn't southern either, but I'm going to break the chain here and share my secrets for delicious southern fried chicken. 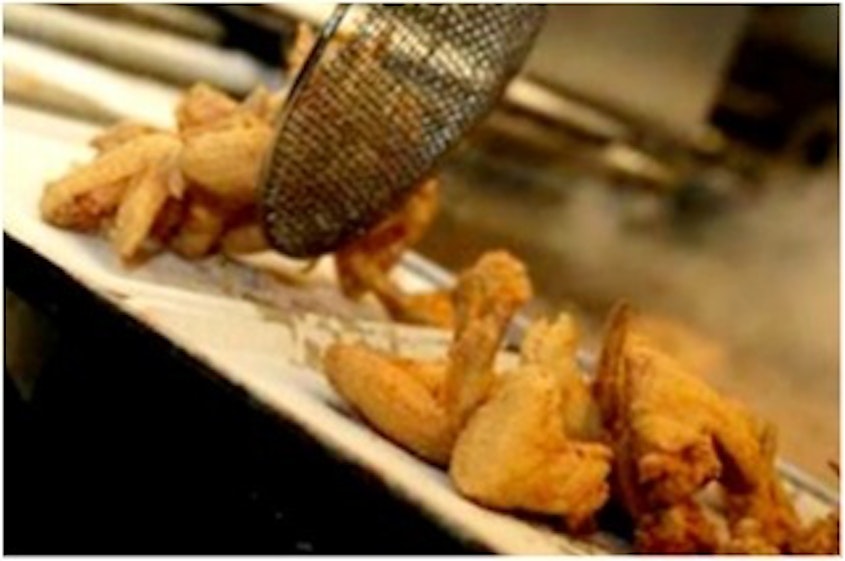 I promise it will fill the void in your soul that only southern fried chicken can, and, who knows, maybe with a tweak or two of your own, it can become one of your family’s treasured and well-guarded secret recipes. Just promise me that if it does, you take the time to share the love with the younger generation to carry on this tasty tradition. After all, the secret ingredient is love, and who better to share that with than your own family?

So this is it… a traditional southern fried chicken family recipe.

I do have favorites when it comes to kitchen utensils for preparing the ultimate southern fried chicken, obviously ingredients are always top of the list for turning out the best tasting food. However the equipment you choose can make a great recipe more consistent and easier to execute every-time. I have my “gear” nearby for each type of recipe. For the fried chicken specifically, I have my Cuisinart CastLite 5 quart cast-iron dutch oven for frying. I am cast-iron guy, that’s for sure, but I love the durability of Cuisinart’s design and their Castlite dutch oven has the same performance as grandma’s cast-iron with half the weight.

Cuisinart also makes a great set of mixing bowls, a 5 quart, 3 quart and 1 ½ quart bowl that are ideal for marinating, mixing, and breading the ultimate chicken recipe.

This fried chicken recipe is pretty easy and a whole lotta awesome. Get ready for a true southern treat. Fry it up and thank me later. You’re welcome. 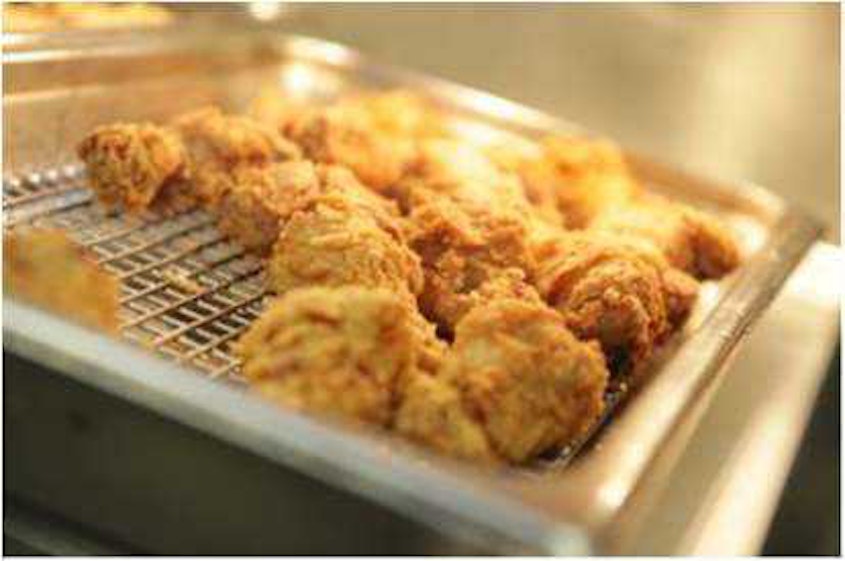 Even more Lunch & Dinner Recipes articles for you 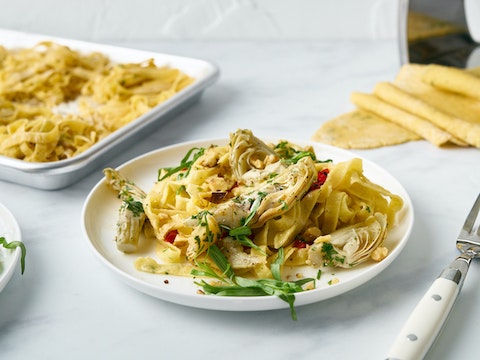 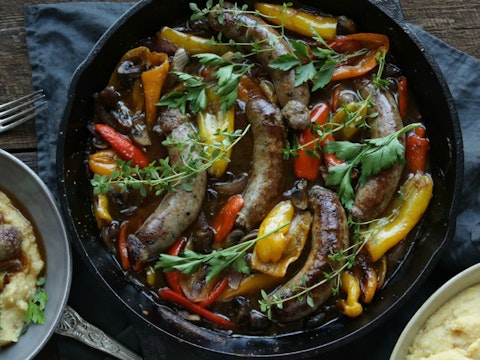 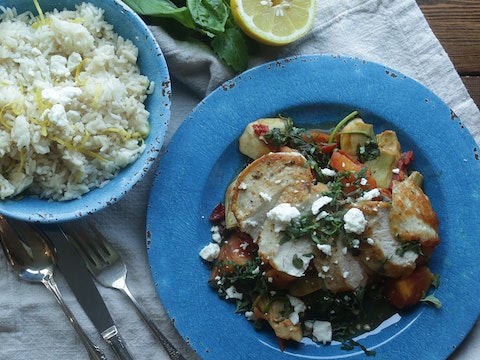