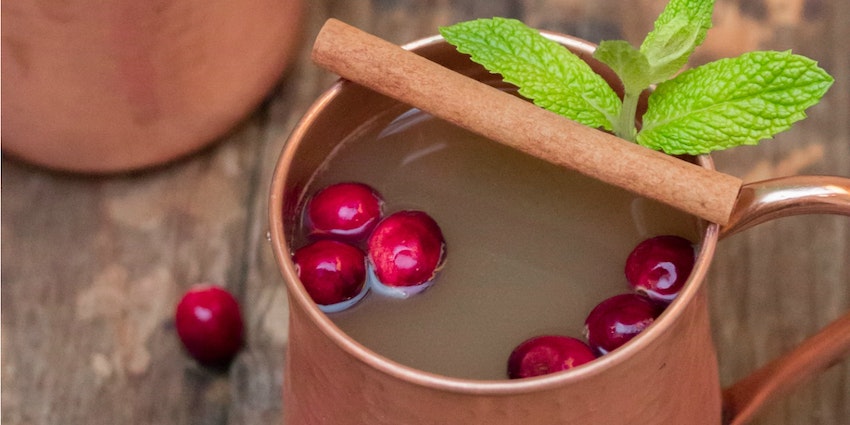 The holidays are the perfect time for a homemade cocktail. Even better, a simple and delicious cocktail like this Holiday Moscow Mule. It’s so easy to create that it almost feels like cheating. But that’s okay because this time of year is insane.

Between planning holiday meals, buying and wrapping gifts, and all of the social functions, we could all use a drink, and one that is quick to make.

To make this Holiday Moscow Mule, you will need the following: 8 ounces of vanilla flavored vodka, 8 ounces of unfiltered apple cider, 1 lemon, and 2 cups of ginger beer. Plus these gorgeous copper mugs! A well made copper mule mug is what this drink is all about.

This recipe makes four servings. Fill the mugs with ice and divide the vodka and cider between them. Then top off each mug off with ginger beer. You’ll need about 2 cups total. Take the lemon and spritz each drink. You just want a dash to add some zing. The lemon juice really brings out the spicey notes in apple cider.

I personally love this Chef’n Citrus Juicer as it requires little effort to harvest my favorite juices. In fact, a little behind the scenes side note… it was difficult to get a photograph of this juicer juicing because of how well it worked. I am not going to say how many lemons it took. Ok, yes I am. Three! It took three to get the shot. That is how well this thing works. It juices so easily and so fast. 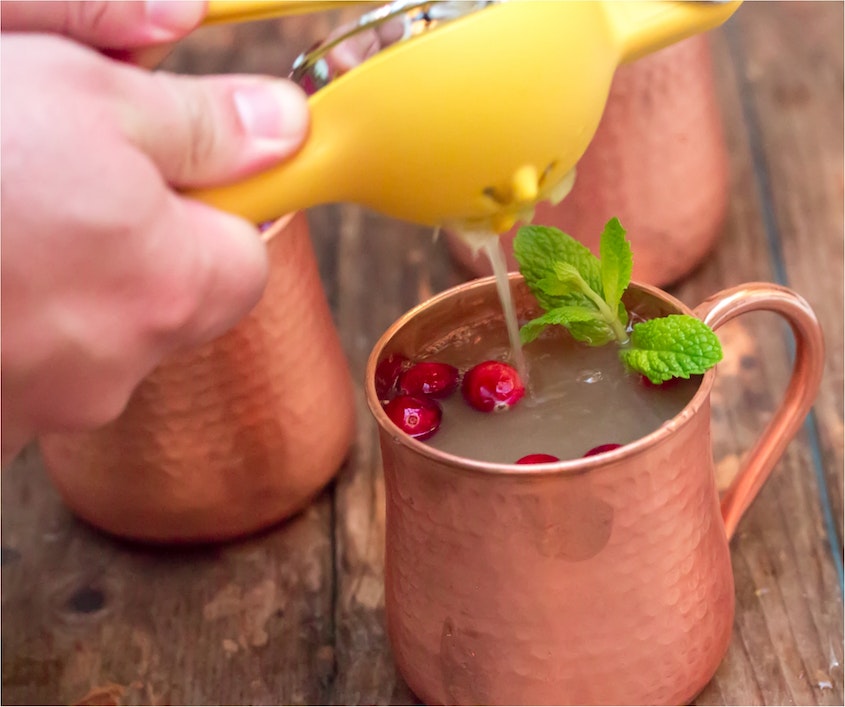 Perfect for your kitchen. Horrible for food photographers.

To kick up the holiday part of this mule, I suggest garnishing it with fresh cranberries, mint, and a cinnamon stick. It just looks so festive you might actually not want to drink it. If that’s true, send it my way. I pretty much drank all three pictured above. I love apple cider.

Do you know the difference between apple cider and apple juice? If the answer is no, well, don’t worry, either does anyone else. It is completely arbitrary! There is no legal standard for it. So juice companies pretty much use both terms interchangeably, making it all very confusing. That said, outside of the U.S. cider usually means it is boozy.

In case you are wondering, the Moscow Mule is cocktail with a checkered past. How about some more history?

Mules, or sometimes known as bucks, are mixed drinks that are made with some sorta of ginger beverage, citrus, and a base liquor. For example, the Dark and Stormy is a buck when you add lime to it (which I do).

The Moscow part is even more interesting, partly because this cocktail was created in Los Angeles during the 1940s. Not Moscow. It was created to promote both vodka and ginger beer. Now, the drink gets a bad rap because of how gimmicky its invention was.

The copper mug was adopted to help establish this cocktail. Before this, vodka wasn’t very popular in the United States. In fact, no one wanted anything to do with either ginger beer or vodka at the time. The Moscow Mule put them both on the map. Ironic considering how far apart the birth name and birth city are on an actual map. 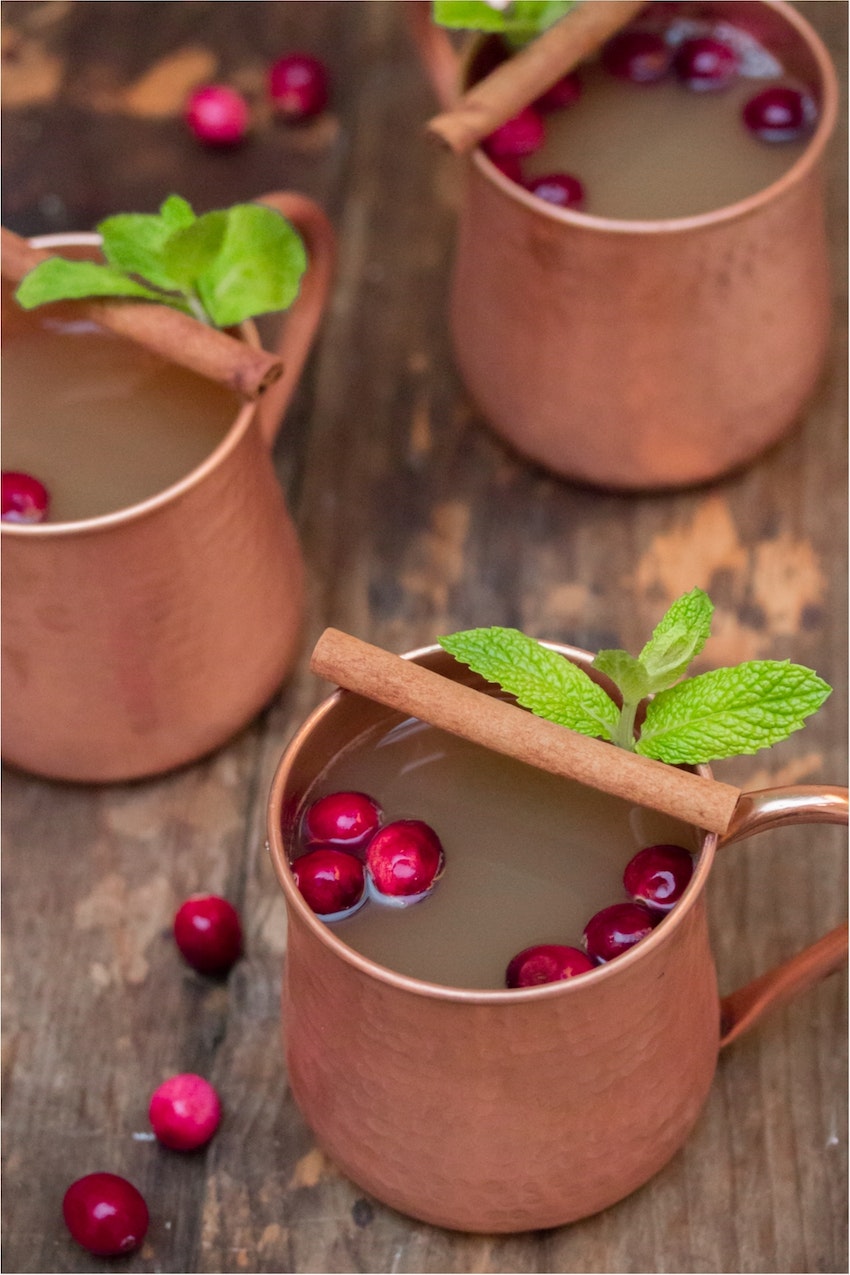 But never knock a good gimmick. Beautiful copper mugs, like the ones above from Sparq Home, might have gotten the Moscow Mule in the door, but a good drink is a good drink.

The great thing about mules is how versatile they are. The basic recipe is just vodka, ginger beer, and lime. But once you have a nice set of copper mugs, you’re going to want to experiment. Cranberry, pomegranate, and raspberry juice all make great additions to a standard mule.

Just remember, save me one! 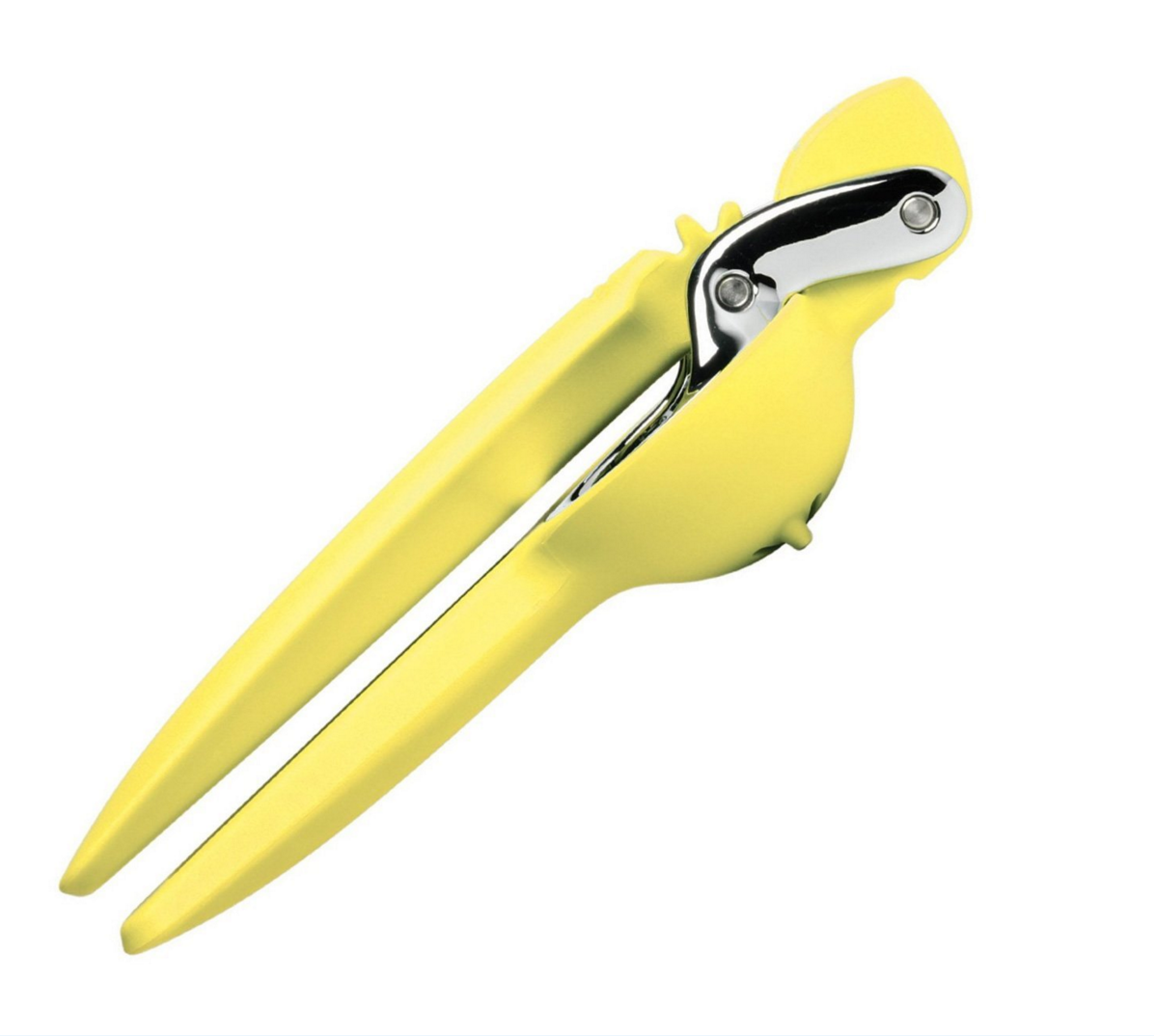 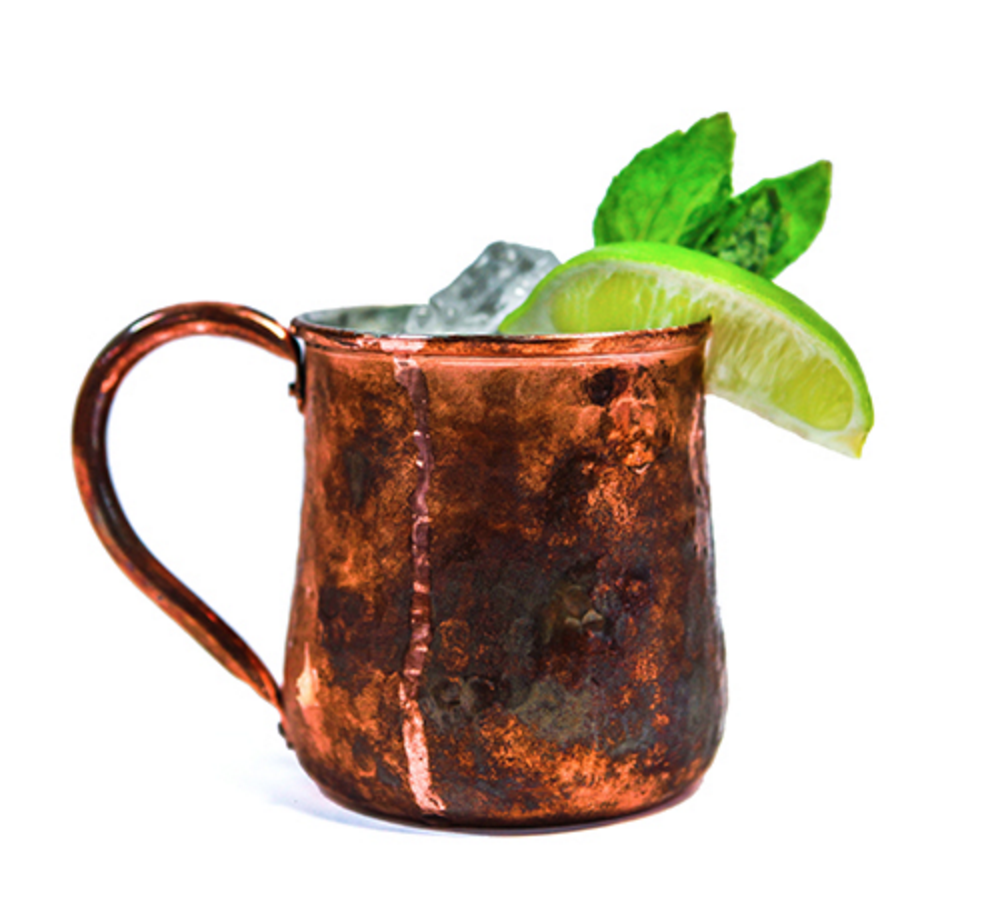 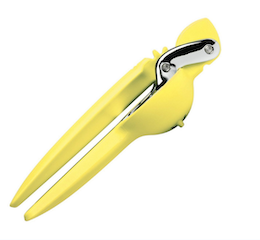 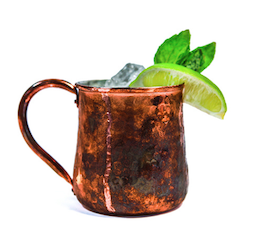 Even more Drinks & Cocktails articles for you 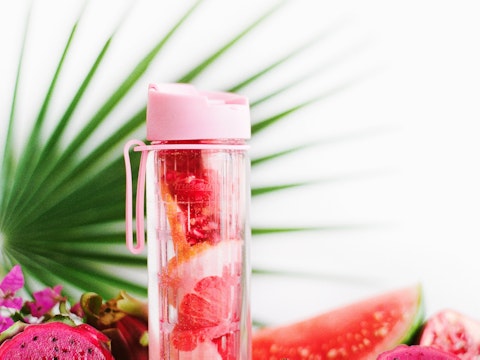 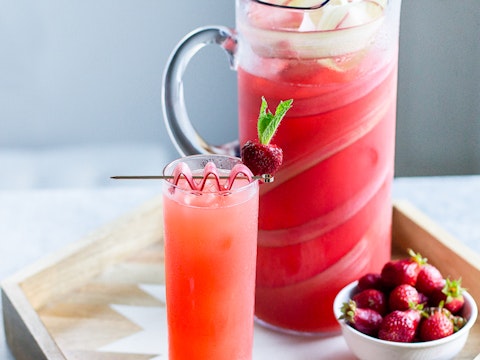