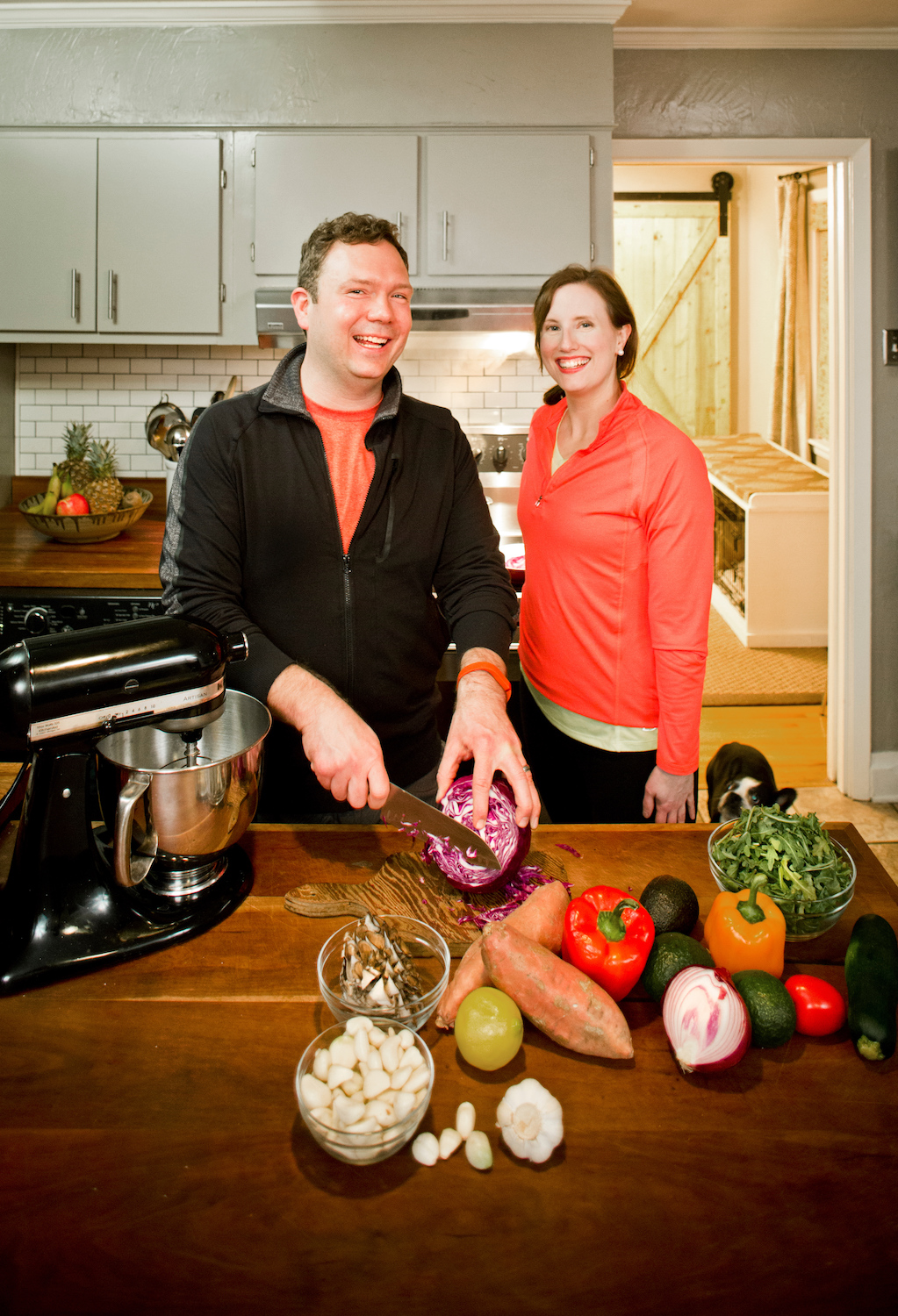 Husband-and-wife team Justin Fox Burks and Amy Lawrence are the authors of the new Southern cookbook The Southern Vegetarian: 100 Down-Home Recipes for the Modern Table (Thomas Nelson, 2013) and The Chubby Vegetarian blog. Their book was included on AL.com’s list of “16 Books Every Southerner Should Have” alongside such greats as William Faulkner and Flannery O’Connor. Last year, Burks and Lawrence were invited to speak at the venerable James Beard House in New York City for the Enlightened Eaters series; they cooked three dishes and gave a lecture on their unique style of healthy Southern cooking. Justin, Amy, and their recipes have been highlighted in The New York Times, The Washington Post, Woman’s Day, The Kitchn, Local Palate, The Huffington Post, P. Allen Smith’sGarden Style, The Food Network, and Memphis Magazine.

Justin and Amy have showcased their culinary talents at fundraising events for nonprofits such as Project Green Fork and Arts Memphis as well as causes close to their hearts such as St. Jude Children’s Research Hospital. They teach cooking classes, write articles about home cooking, and currently are developing new recipes that will become a part of their second cookbook.

3 Easy Vegetarian No Cook Recipes to Beat the Heat

Host an Amazing Pre-Fireworks Get Together in the Backyard

​Drink to Your Health: Creating Fruit and Vegetable Mocktails

These Sweet & Savory Ebelskivers Will Bring Out Your Danish Side

Thanksgrilling: Our Low-Key, Outdoor Take on the Most-Anticipated Meal of the Year

​Summer Without End: Saving the Season with Your Dehydrator

"Spiral-Wise:" Recipes to Try with Your Spiralizer